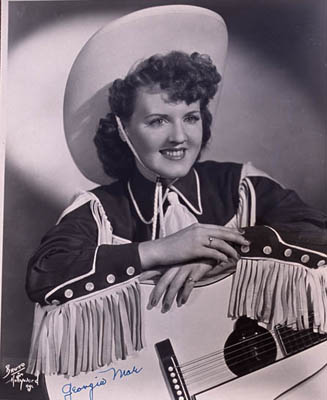 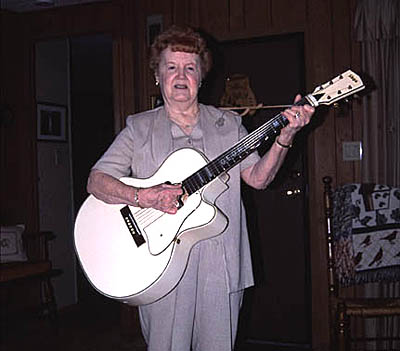 The highly ornamented, virtuosic yodel of cowboy music (as opposed to the “blue yodel” of Mississippi Brakeman Jimmie Rodgers) can be traced directly to the farms and lumber camps of Maritime Canada and Maine. An intensely personal form of expression, men generally developed their yodel while working alone with animals – driving teams of oxen in the Maine woods, or driving apples to market in Nova Scotia’s Annapolis Valley.

Massachusetts remains a vibrant center of country music-making, and its style is distinguished from its Southern counterparts by the multicultural background of its participants. Massachusetts’ country music community has produced a number of nationally significant figures like surf guitarist Dick Dale of Waltham and bluegrass banjoist Bill Keith of Brockton. Down-home local country music associations like the New England Country Music Historical Society and the Massachusetts Country Music Awards Association remain dedicated to promoting the region’s musical legacy through live events. And while network country radio remains unfriendly to local music, friends have been found in the most unlikely places, like WHRB-FM at Harvard University, whose “Hillbilly at Harvard” broadcast has been a staple of that station’s Saturday morning programming since 1948.

Those looking for quality Country & Western music from Massachusetts should check out the recordings of John Lincoln Wright and the Sour Mash Revue of Cambridge, who achieved legendary status in the late ‘70s with the single “Living in Braintree with You In Methuen (Is Almost Like Living In Lowell).” Another sure bet is the Country Masters or Dick Curless’ posthumous “Traveling Through” on Rounder Records. You might also wait for a collection of 1940s radio transcriptions from Georgia Mae Harp, star yodeler of WBZ radio, forthcoming from the British Archive of Country Music.

One outgrowth of New England’s Country & Western legacy is its vibrant bluegrass scene. That scene is too vast a topic for this blog entry, but Boston honky-tonks like the Hillbilly Ranch helped spur an explosion of bluegrass music in this region, launching the careers of many, including Joe Val (born Joseph Valiente in Everett), whose name graces the annual Joe Val Bluegrass Festival each February in Framingham.

We just learned from Georgia Mae Harp’s nephew Fred Kingsbury, that Ms. Mae passed away on July 25, 2014 at the age of 93.