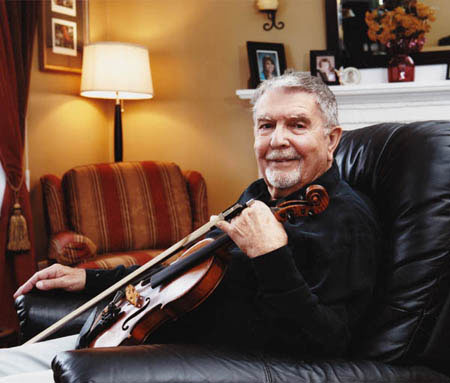 Joe Cormier, one of the greatest of the Cape Breton fiddlers, passed away Sunday, January 31st at the age of 88. Born March 19, 1927 in Cheticamp, Nova Scotia, Joe took to the fiddle at an early age. Cheticamp at that time was a small fishing village in the French-speaking area of Cape Breton which had originally been settled by French Acadians in the 18th century. The nearest railroad was in Inverness, 45 miles away. (Joe said he remembered when flour got scarce in winter it would be brought in from Inverness by horse and sleigh — a round trip of 90 miles.)

Two of Joe’s biggest musical influences were Angus Chisholm and Winston Fitzgerald, two of the greatest Cape Breton fiddlers who used to visit his house when he was growing up. From them and others, Joe learned the old Scottish repertoire and style that is the heart of Cape Breton fiddle music. By the time he was a teenager, he was already playing regularly for dances throughout Cape Breton. 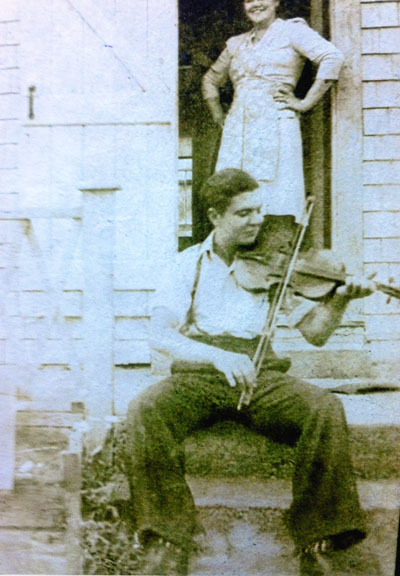 In 1962, Joe moved with his wife Norma, and their children to Waltham, Massachusetts. He worked as an electrician and was a force in the local music scene. He played regularly at the Saturday night dances held at the French American Victory Club in Waltham and at the Canadian American Club in Watertown.

During the 1970s, Joe performed from time to time with the “Cape Breton Symphony,” a group of four or five traditional fiddlers that appeared on the weekly “John Allen Cameron Show” on Canadian television. In 1974, Mark Wilson recorded an influential LP album of Joe’s music for Rounder Records. Although several LPs of Cape Breton fiddling had been available in Canada, these were mostly reissues of earlier 78s. Joe’s record exposed the music to a wider audience and played a significant part in reviving this beautiful and ancient tradition.

Joe continued to play regularly and record, doing three more solo CDs for Rounder as well as several recordings with other fiddlers such as Jerry Robichaud and his nephew J. P. Cormier.

I was lucky to know Joe for the past 20 years. In spite of his immense talent, he was very modest about his music and encouraging to other players. Every Wednesday evening, he invited a small group of younger players to his house to share tunes and stories.

Joe loved the old style of playing he learned from Angus, Winston, and the other great fiddlers he grew up listening to. At the same time, he had his own unique ‘touch’ which imparted a wonderful lilt and swing to his playing.

He is survived by his wife Norma, his six children as well as numerous grandchildren, nieces and nephews. He touched many people with his music and his warm and generous spirit. 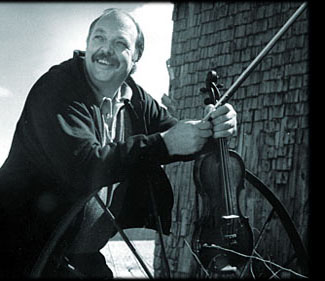