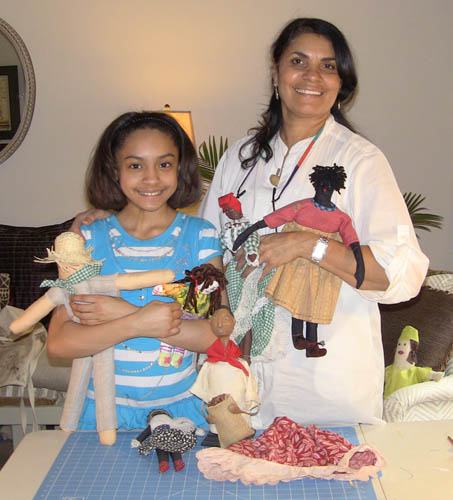 On July 12, 2011, Puerto Rican dollmaker, Ivelisse Pabon de Landron, and her apprentice Jamielette Figueroa will do a demonstration at 2:00 p.m. in the Ashland Public Library. They will be sharing skills passed on during their 9-month Traditional Arts Apprenticeship, which was funded by the Massachusetts Cultural Council.

Among the skills young Jamielette learned are hand sewing, joining seams for clothing construction, drawing, cutting fabric, paper pattern making, use of a thimble, color wheel, tape measure, and sewing machine, preparing fabric, stuffing techniques, shearing for skirts, making hair out of yarn, and hand embroidery. These are things that used to be taught in home economics classes, if not not something that most girls learned firsthand from their mother or grandmother. Nowadays, how many youngsters are adept at sewing? 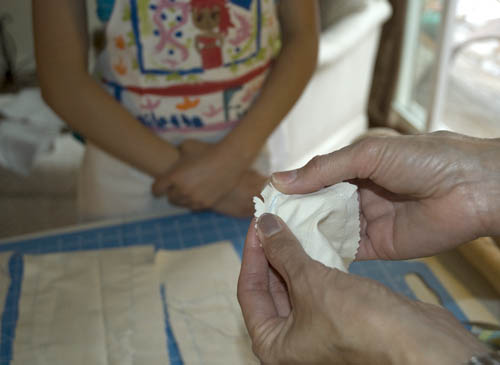 Perhaps, more importanty, these sewing lessons were steeped in folk cultural context. In addition to working on the technical craft of doll making, Ivelisse made sure that Jamielette learned about the history of Puerto Rico and the folk culture of its people. She came to understand that many of the skills that were passed on from one generation to the next were honed during times of hardship, when many rural people could not afford to buy the necessary things to survive, let alone provide toys for their children. Years ago, mothers taught their daughters the craft of making dolls using socks, old garments, corn husks, and banana leaves. To bring this history to life, Ivelisse and Jamielette created characters from Puerto Rican folkore such as the nana (care taker of children) camadronas (midwives), jibaros (farmers) and African bomba y plena dancers. 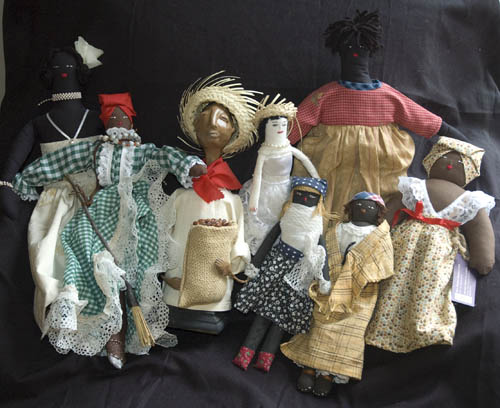 Ivelisse was a demanding teacher in the way great teachers are. On occasion, Jamielette did not meet her expectations, turning in a half-hearted job. Ivelisse took the opportunity to teach Jamielette the importance of taking pride in what you do. Through hard work and attention, Jamielette grew to meet Ivelisse’s expecations. It helped that master artist and apprentice share the same heritage, Spanish language, and spiritual faith. 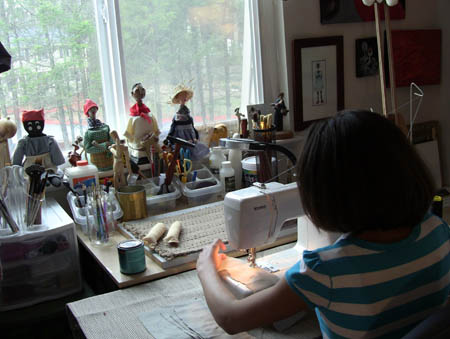 The July 21 public demonstration will serve as a dress rehearsal of sorts for a Ivelisse and Jamielette. They will be joining eight other master artist/apprentice pairs participating in the summer’s Lowell Folk Festival. Come by and see them in the Folk Craft & Foodways area along Lucy Larcom Park on July 29-31, 2011.