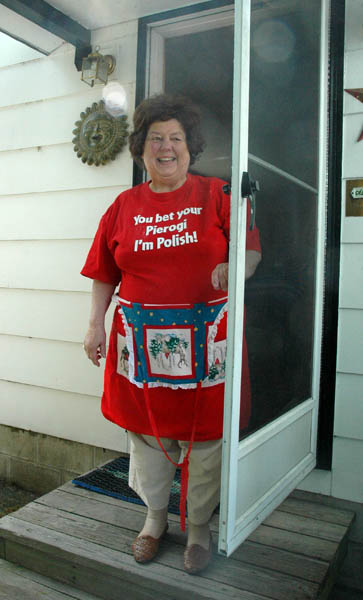 We first met Dorothy “Dottie” Naruszewicz Flanagan at Holy Trinity Polish Church during the “Blessing of the food” Easter Saturday. Remember those sculpted butter lambs? So we weren’t surprised to learn that Dottie is also known locally as the “Pierogi Queen.” Raised in Lowell’s Polish community, Dottie, who learned to make this pasta delicacy from her mother, aunts, and grandmother, shares this fact, “Pierogi has always been a part of our life. It’s a staple, especially at Christmas time.” 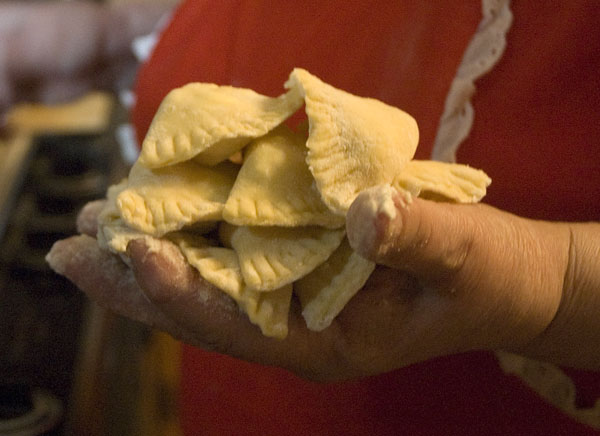 Dottie invited us to her home to watch her make pierogi along with her good friend Carol Matyka. Carol also grew up in Lowell and the Dracut area, but now lives in Boston. Her family is all of Polish extraction. When we meet, Carol tells us, “I was looking forward to coming today because Dottie is the master of making pierogi. It’s been many, many years since I’ve made them and I wanted to re-establish my roots in Polish cooking.”

Dottie and Carol have prepared the fillings ahead of time. Dottie assures us there aren’t enough hours in the day to prepare the fillings and the dough all on the same day. One filling is made with two kinds of farmer’s cheese, potato, and onion and the other is made with cabbage and sauerkraut. 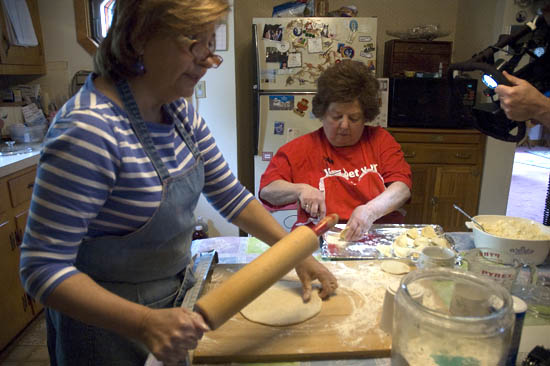 Carol has mixed and kneeded the dough, which, like noodle or pasta dough, contains no yeast. She rolls it out to an eighth of an inch, then uses the top of a glass to cut out circles of dough. 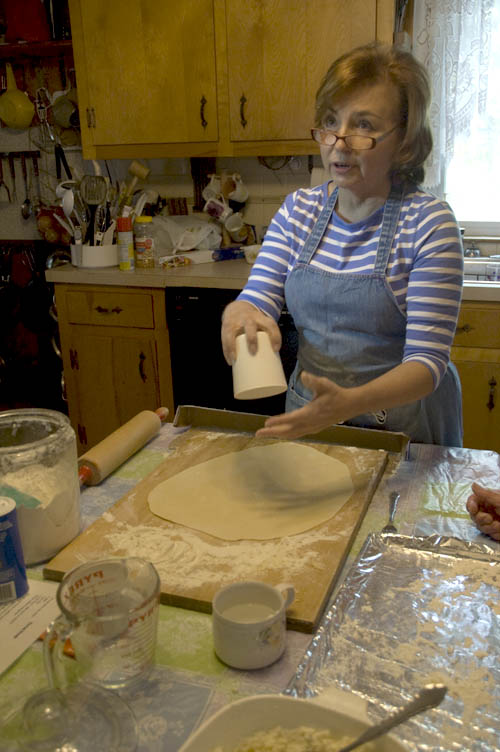 Next, Dottie fills the circles of dough with filling, wetting the edge to seal the deal. She reinforces the seam by pressing the edge of a fork into it. 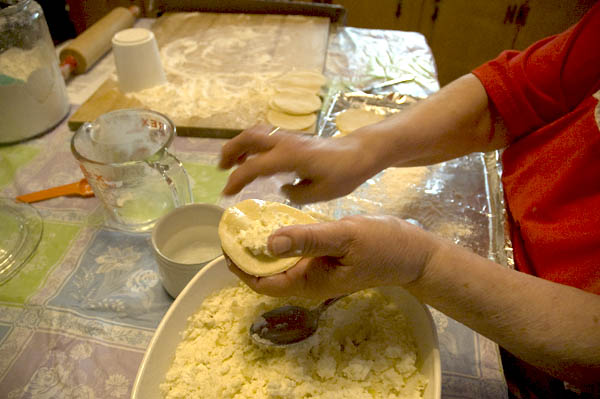 Carol points out that if you look at pierogi about to be boiled, “They look like Italian ravioli, Chinese pot stickers, empanadas — every culture has its version of the same thing.” 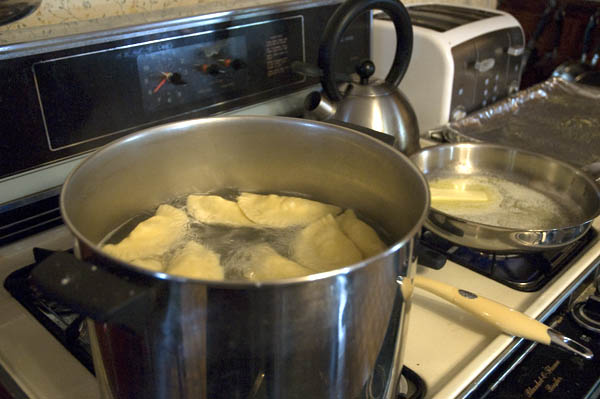 The pierogi cook for about ten minutes, or until they float. Then, using a slotted spoon,  Dottie lifts them out and gently places them into a pan of melted butter, before letting them rest on a tin-foiled pan.  And of course, it’s time for a taste. The pierogi are delicious; in the boiling process, the farmer’s cheese has melted and the dough is buttery soft. You can’t get a taste and texture like that from store-bought pierogi.

Making pierogi for a crowd is labor intensive. In addition to making large batches of pierogi for the day before Christmas, known as Wiligia, pierogi is made for other special occasions, like wedding showers and baptism receptions. It is usually a group effort, not unlike quilting bees or barn raisings used to be.  Dottie says that at Christmas time, she and Carol’s sister make about 300 pierogi. “We can’t do that alone. We had six people here cooking one day and we were able to make twelve dozen in one night . . . Ideally, you have one doing the dough and rolling it out, one doing the mixing, one taking care of the pots, one putting them in the freezer.”

Carol goes to mix up another batch of dough, adding flour as she goes, “We’re going to start with two cups of flour, but you’ll see, as I’m working the dough, I’m going to have to add more.”

“That’s another thing you get to know,” Dottie adds.  “The feel of the dough. You get to know that it actually talks to you.”

Before we leave Dottie’s kitchen, I get a chance to try my hand at making pierogi. 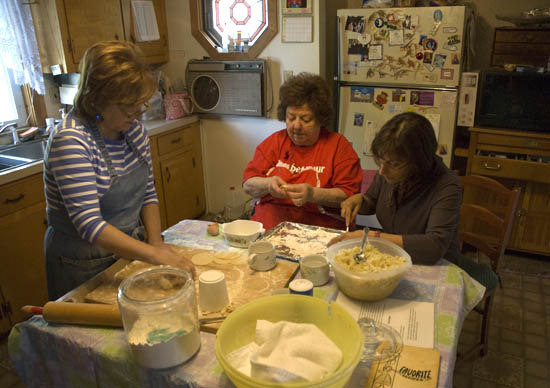 For more cooks’ secrets and a chance to taste some of Dottie and Carol’s pierogi, be sure to come by the Foodways Tent at 2:00 pm on Saturday, July 30 or Sunday, July 31 of the Lowell Folk Festival.

3 thoughts on “The Pierogi Queen”