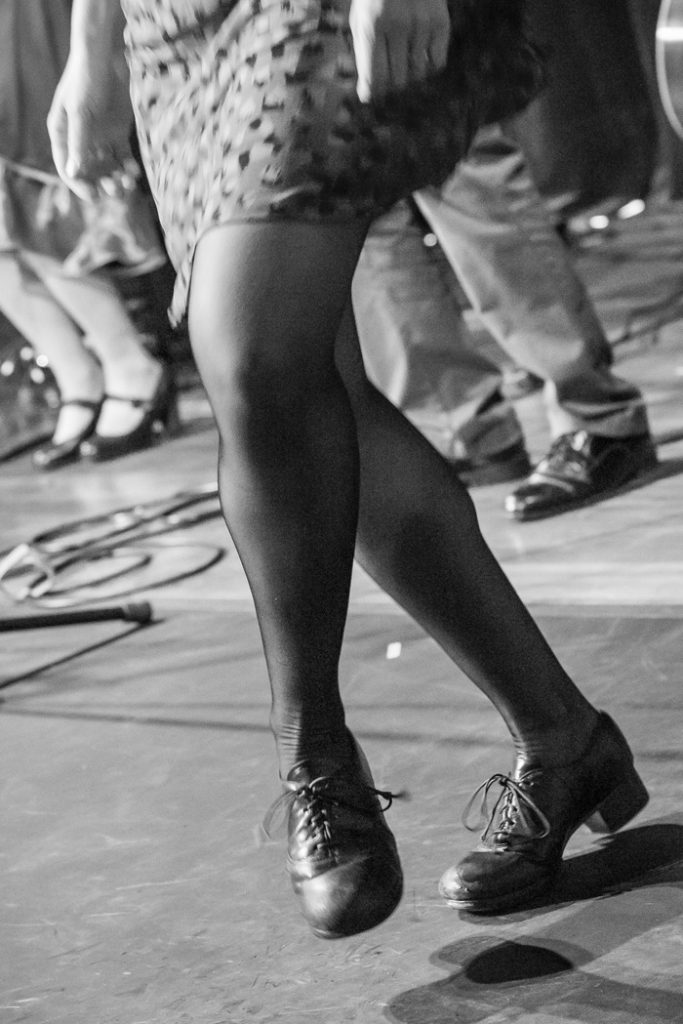 At the age of five, Kieran Jordan watched Irish step dancing for the first time in a St. Patrick’s Day parade. Soon after, she was taking lessons in her parish hall on Saturday mornings. Thus began her life-long journey to becoming not only a renowned Irish step dancer, but also a cultural activist and an invaluable resource within the Irish-American community.

Jordan is a gifted dancer, choreographer, and teacher of old style Irish step dances, a tradition that is intricately tied to Irish history, local culture, and traditional music. She displays the aesthetic assurance that naturally evolves from the dedication of a gifted artist who has danced competitively within the Irish traditional step-dancing sphere. 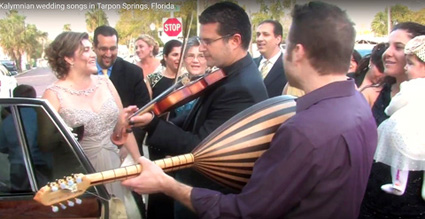 Panayotis League specializes in traditional Greek music and oral poetry indigenous to the Greek island of Kalymnos, Crete, and their diaspora communities. With family roots in the Greek community of Tarpon Springs, Fla, League pursued his interest in traditional music by journeying to the Greek islands to study laouto and tsabouna, with older master musicians on Kalymnos in 2001 and violin on Crete in 2003.

Today League is one of the few in the US who specializes in the laouto music of Kalymnos. In addition to concerts and festivals, he is a frequent performer at local marriage celebrations, baptisms, and feast days in the Greek diaspora community. He is also a scholar of Greek music. His dissertation focused on the music of Boston’s Anatolian Greek diaspora. League is currently a postdoctoral fellow at Harvard’s Milman Parry Collection of Oral Literature, where he is managing the digitization and cataloguing of James Notopoulos’ field recordings from his 1952-53 trip to Greece and Cyprus. 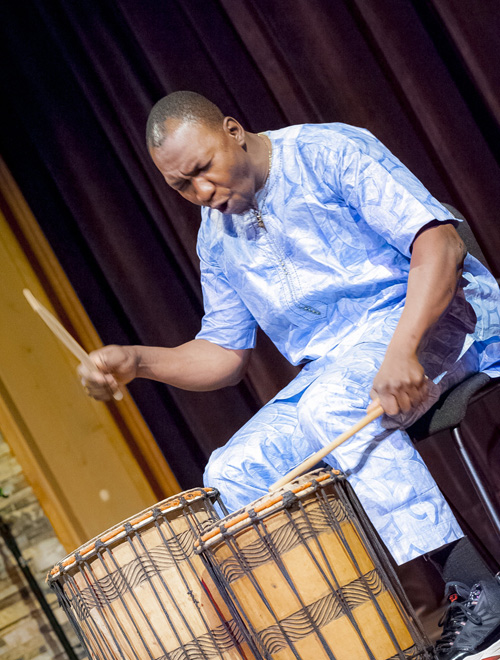 Sidi Mohamed “Joh” Camara grew up in Bamako, Mali surrounded by musicians, praise singers, and story-tellers. He began his formal training with Mouvement Pionnier, and then went on to work with Troupe Sewa and Troupe Districte de Bamako before relocating to the United States in 1996. He has experienced West African dances in their purest traditional form, where a particular dance is unique to that village and the movements have remained unchanged for centuries. Though West African dance companies in urban centers keep the traditions alive, often the context and meaning in which these village dances originated gets lost. “Once they are performed by dance companies in the cities, they are taken out of context. . . As a ballet, it is no longer a part of the ceremony it accompanies.”

Joh’s research has taken him all over Mali to see the dances in the ceremonies of which they are a part. He and his young son Tiemoko were awarded a 2017 MCC Traditional Arts Apprenticeship They focused on the learning of  four dances (Didadi, Korodjuga, Mandiani, and Madan), the songs that accompany these dances, as well as why and in what context they are danced. Father and son will also take part in ceremonies within the Malian and Guinean diaspora community both here and in New York. 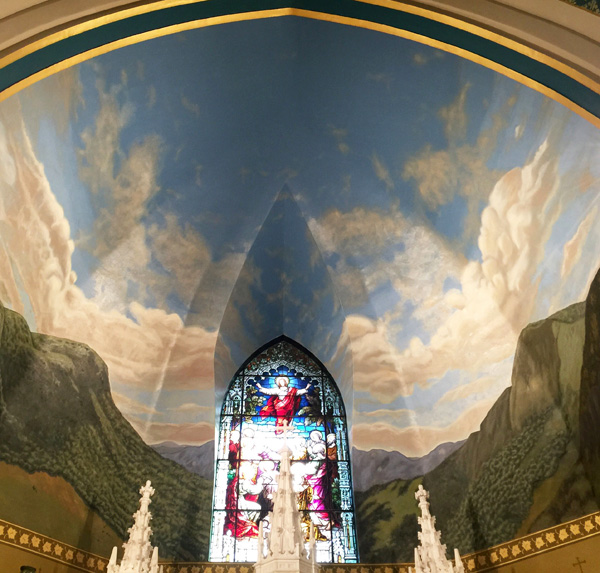 Geoffrey Kostecki excels at the sacred art known as liturgical painting. As a young man, he was inspired by the powerful imagery of Catholicism, first created for the Church during the Renaissance. Kostecki moved to Italy to study at University Lorenzo Di Medici in Florence. There he gained advanced painting techniques required for liturgical painting which include site-specific design, fresco painting, figurative sculpting, stencil design, gilding, and marbleizing.

After returning home and earning an MFA, Kostecki apprenticed under  figurative painter Graydon Parrish, who himslef had trained through the Atelier method, and with trumpe-l’oeil painter Robert Bock. 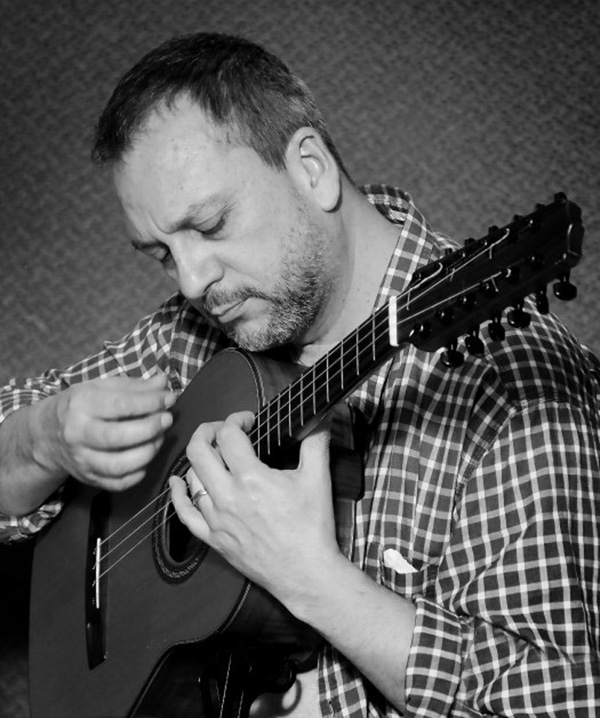 Fabian Gallon grew up in Pereira, the mountainous coffee region of Colombia, where he learned to play the tiple from his father and brothers. He went on to study with Maestro Benjamin Cardona before entering the conservatory of Universidad Technologica of Pereira.

Similar in shape but distinct from the guitar, the 12-stringed tiple is considered the national instrument of Colombia. It recently gained a renaissance when it began to be played more as a solo instrument. The style Gallon developed went from simple strumming to a complex blend of sophisticated picking and rich variations of strumming figures.

Before moving to Boston, Gallon was very active in Bogata’s musical scene, performing and recording with Trio Ancestro, as well as dedicating himself to bringing up the next generation of leading Colombian tiple players.  He recently recorded with several Latin American musicians in Boston. He continues a tradition of well-known tiple players like Gonzalo Hernandez, Pacho Benavides, and David Puerta. Eduaro Carrizoa, Orquestra Conductor says, “Colombian tiple has in Fabian Gallon its best passionate and knowledgeable interpreter.  In his hands lay the responsibility of keeping the path of the development of the technique and interpretation of the instrument.” 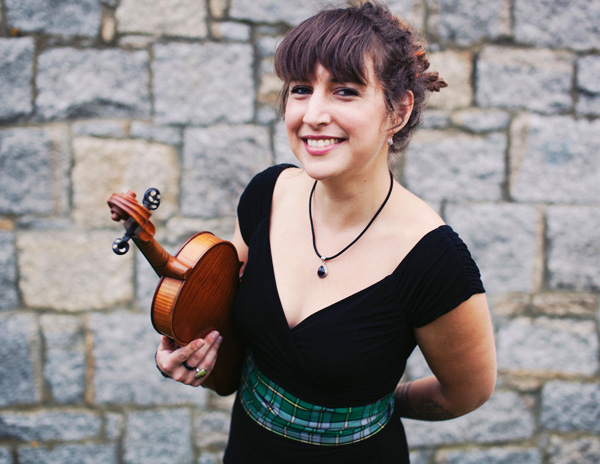 The distinctive fiddling style of Cape Breton, Nova Scotia has roots in the strathspeys and reels brought to Canada by early 19th century Scottish immigrants. Emerald Rae Forman has mastered both Scottish and Cape Breton fiddling. She began her study with Boston based Barbara McOwen, renowned for her private library of Scottish music books. Emerald went on to compete in the US Scottish Fiddling Championships, winning the US National Champion title at 18 years old. She went on to earn degrees from Berklee College of Music and the University of Glasgow.

Fiddle and dance are closely related; to become a great traditional fiddler, it helps to know the dance steps the fiddle tunes accompany. In 2011, Emerald Rae completed a Mass Cultural Council Traditional Arts Apprenticeship in Irish step dance with Mass Cultural Council Artist Fellow Kieran Jordan. In 2016, she was awarded a Traditional Arts Apprenticeship to mentor Elizabeth Kozachek in Scottish and Cape Breton fiddle playing. Emerald Rae works as a professional performer and teacher of multiple styles of fiddle and step dance. She leads workshop at the Boston Fiddle Club and has served on the Boston Celtic Music Festival 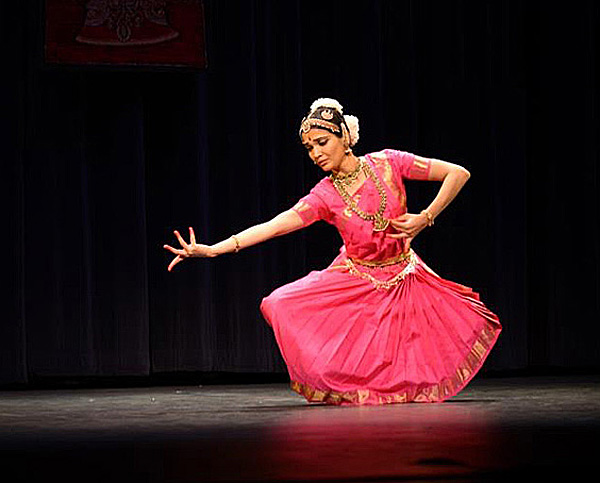 Known for her exacting standards, Rajaram is skilled in nritta (abstract dance) and abhinaya (emotive aspect). She performs regularly at festivals and concerts and is thought of highly by senior dance teachers who first brought Bharatanatyam to southern New England. Soumya is an active contributor to the India arts community in Greater Boston. She continues to enhance her learning under the mentorship of Sheejith Krishna, spending a few months a year at his studio and home in Chennai. 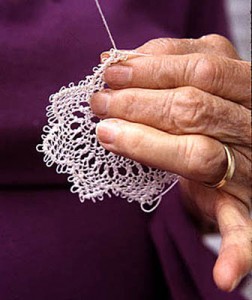 Mass Cultural Council is pleased to announce that guidelines and applications are currently available for the next round of  Artist Fellowships in the traditional arts.

The traditional arts include music, craft, dance, and verbal arts that are created and preserved within communities defined by cultural connections such as a common ethnic heritage, language, religion, occupation, or geography. Whether sung or told, handcrafted or performed, traditional art forms reflect a community’s shared sense of aesthetic heritage. The folk and traditional arts typically are learned during the course of daily living from someone steeped in the tradition, rather than through books, classes, or other means of institutional instruction. Artist Fellowships are for individuals not groups.

Fellowships in the traditional arts are awarded biennially. The postmark deadline to apply is October 2, 2017. 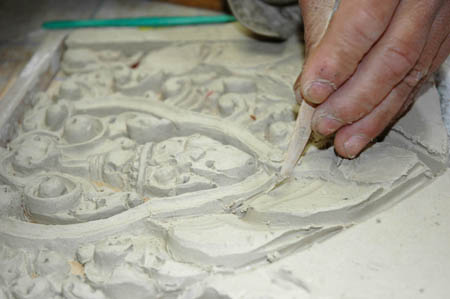 Are you interested in applying for a Traditional Arts Apprenticeship from the Massachusetts Cultural Council? Applications are now available. 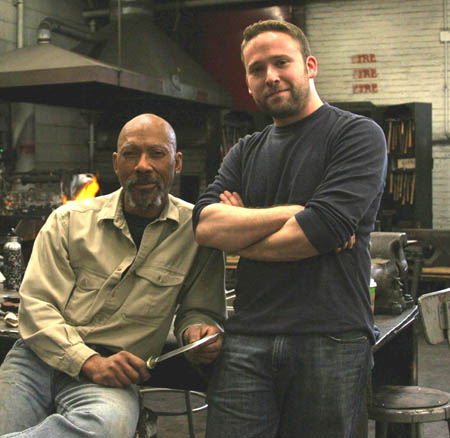 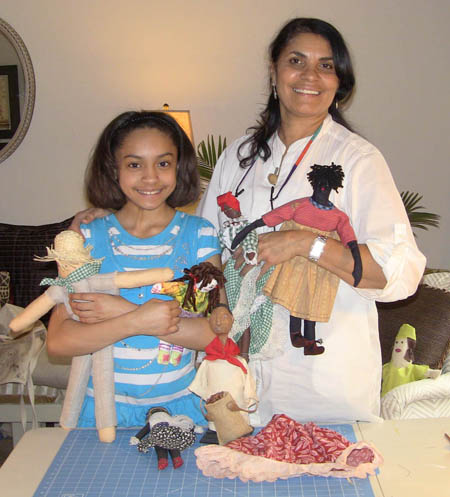 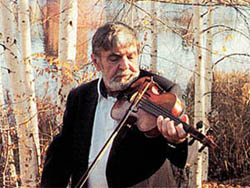 Cape Breton fiddler Joseph Cormier, rhythm tap dancer, James Godbolt, a.k.a. Jimmy Slyde, wooden boat builder Harold A. Burnham, Malian balaphon player Balla Kouyaté, and Irish step dancer Kieran Jordan  . . . these are just some of the individuals who have been awarded MCC Artist Fellowships in the Traditional Arts since 1999.  All were recognized for their artistic excellence within art forms that are deeply rooted in tradtional and ethnic culture.

These fellowships are awarded biennually.  The postmark deadline to apply is October 7, 2012. Guidelines are available online. 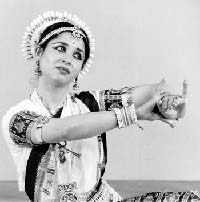 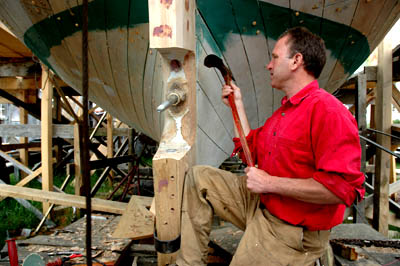 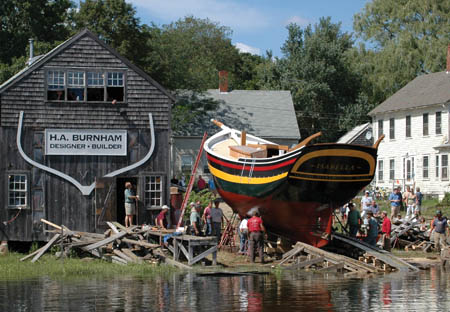 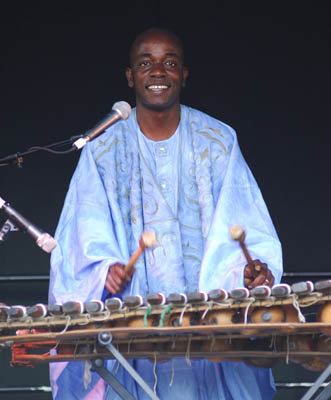 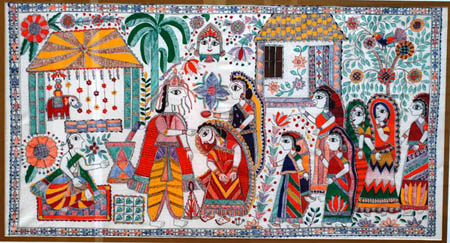 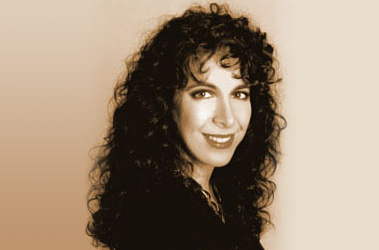 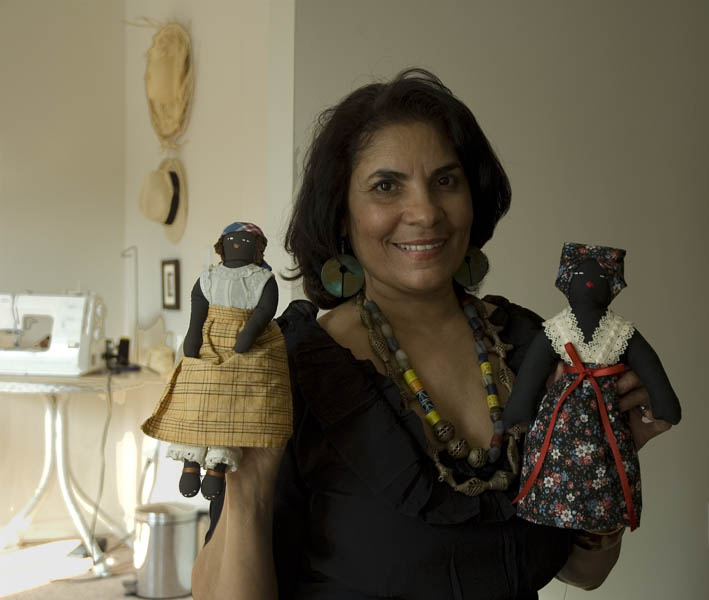 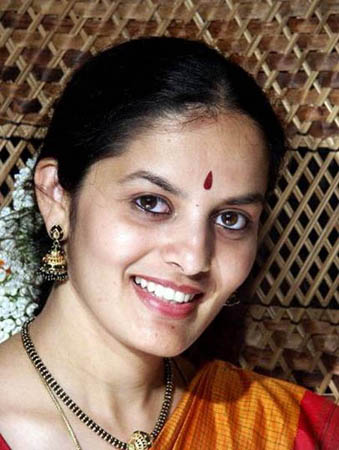